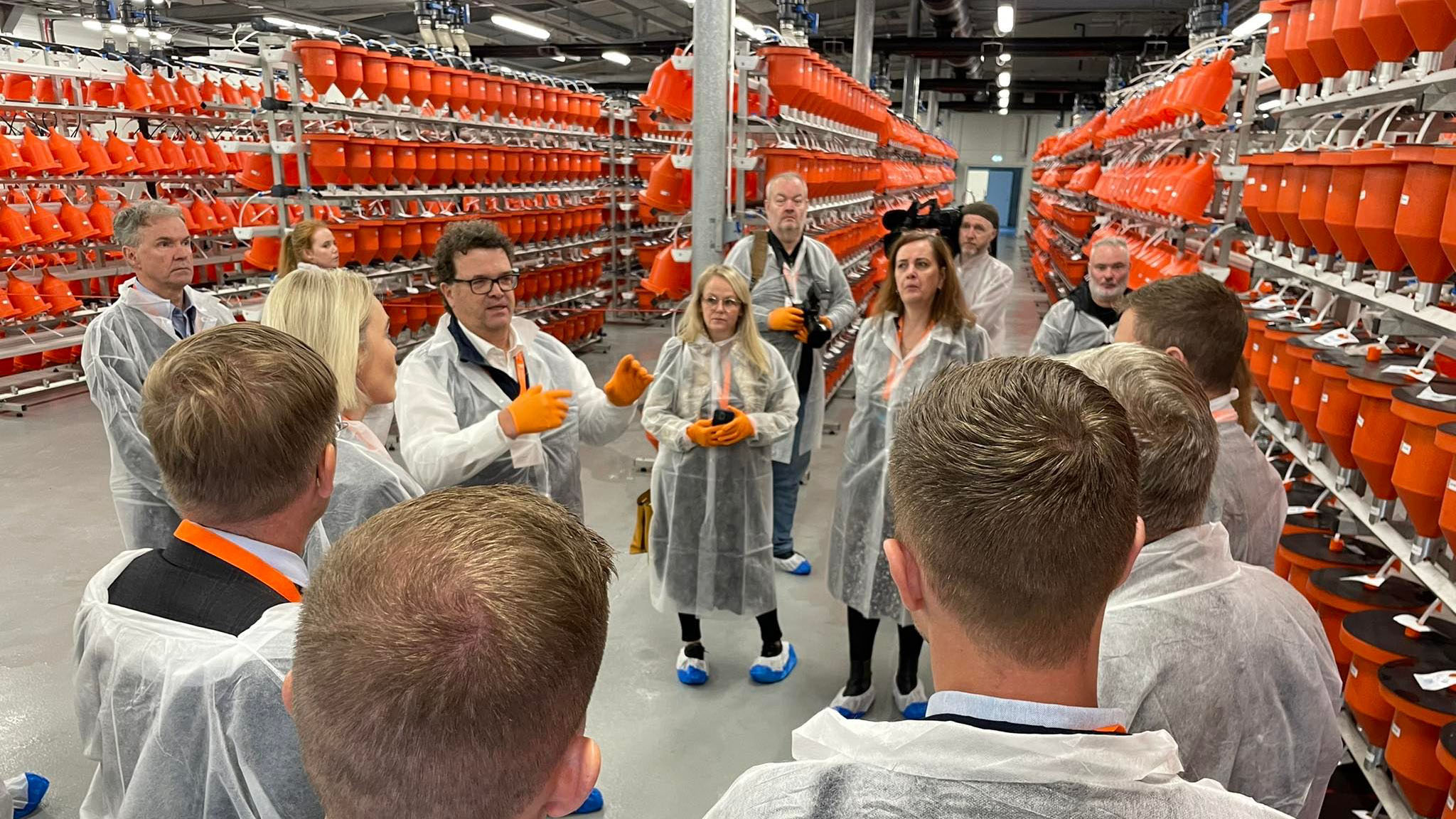 The official opening of the new incubation centre at "Stofnfiskur" took place on 23 August 2022. Behind the event is Benchmark Genetics - who was delighted to show off the new part of their facility in Vogavik, Iceland. AKVA group has contributed with the planning and delivery of equipment for a new system, including three identical RAS (Recirculating Aquaculture Systems). The expansion will double Stofnfiskur's roe production capacity.

Over a hundred prominent guests were invited to the opening ceremony, lunch, and a formal dinner. The lucky participants were also given a tour of the incubation centre, the cryolab and the harvesting station.

"Taking part in building an incubation centre stands out from our daily work. This is the production stage before the eggs reach the hatcheries. On our "regular" projects, the hatchery is usually the first in the series of production stages we deliver," says Sales Engineer Kristian Hartmann Bruhn in AKVA group.

AKVA group's delivery includes the planning and delivery of equipment for a new system that will double Stofnfiskur's roe production capacity. This is a significant milestone in the history of Benchmark Genetics' Icelandic operations. The investments include improved water access and new control- and operating systems, which will provide higher quality and stability in production.

"A significant milestone in the history of Benchmark Genetics' Icelandic operations"

AKVA group has delivered three identical RAS’ which will recirculate water to the eggs at three different temperatures. Temperature control is the key to delivering eggs on time. The systems will recycle 90 % of the water, unlike previous systems that have been based on flow-through. The energy used is 100 % renewable, which is a great starting point for a sustainable farming cycle.

The biosecurity at Stofnfiskur is the highest in the industry, on par with their other facilities in Iceland. The unique location on the southwest side of Iceland gives them access to temperate freshwater from deep boreholes. The water which will be used in production is naturally filtered through lava sand, making it completely free of pathogens.

Stofnfiskur conducts continuous research and development, selective breeding, and has excellent production conditions. All production takes place in separate zones, and there is no contact between fish. The centre is equipped with single incubators, which means that roe from each individual female fish is incubated separately. This makes it possible to screen each individual batch of roe, according to the requirements of their customers.

"We are the only company permitted to export eggs to Norway and 28 countries worldwide," says Jónas Jónasson, CEO at Benchmark Genetics Iceland.

The facility can deliver roe throughout the year. 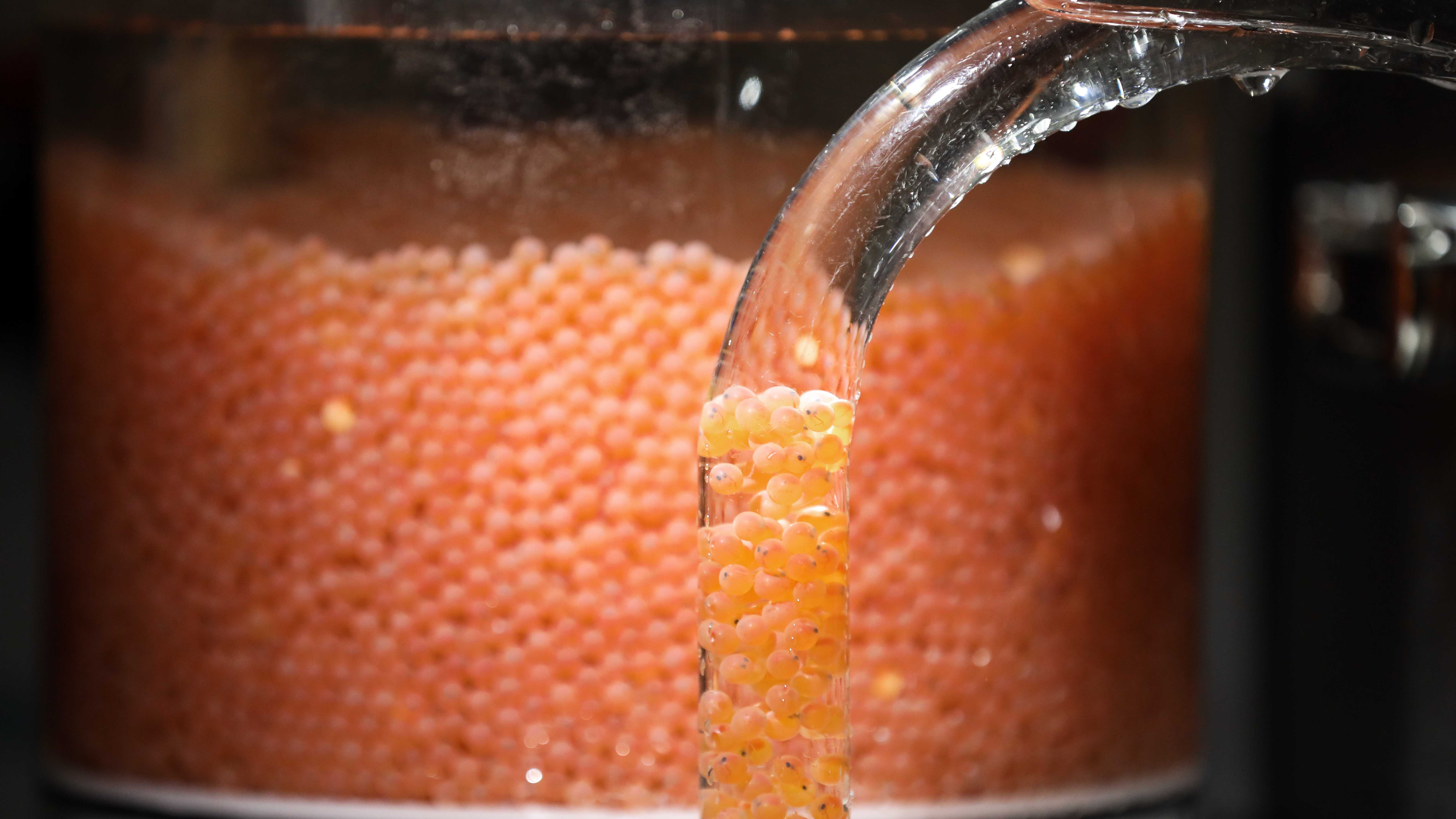 Present at all stages of the salmon's life

The new incubation centre has been delivering roe for over 6 months already, and the feedback from customers is very positive. The centre is run at high capacity to meet the demands from Iceland and the other 28 countries they export to.

One of the projects that receive eggs from Stofnfiskur in Iceland is the Nordic Aqua Partners project - also delivered by AKVA group.

"This is a great story about how AKVA group is present at all stages of the salmon's life on land,"  Hartmann Bruhn concludes.