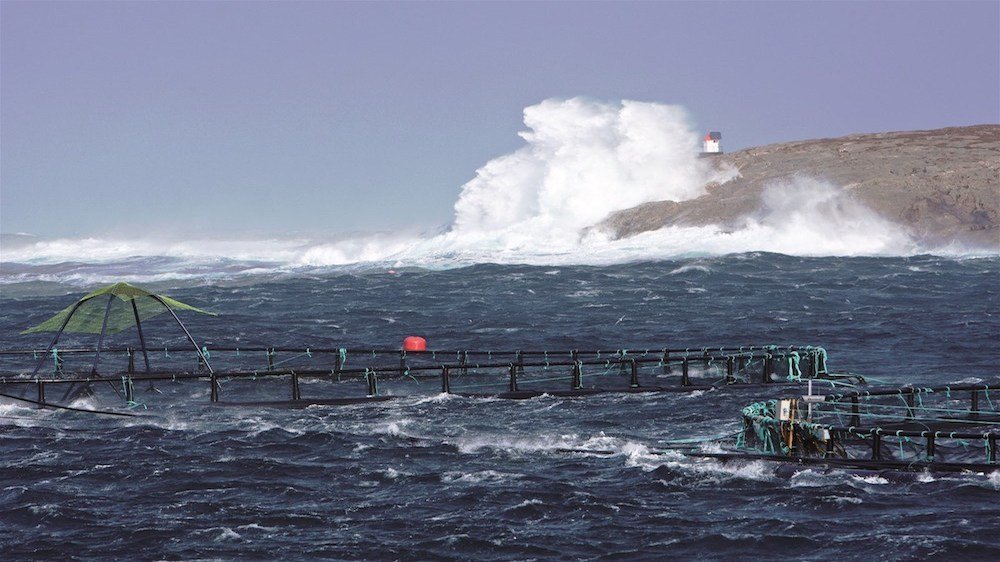 It's no secret that an exposed location can entail significant risk. However, the upside is lower environmental impact and better fish welfare, which in turn yields better productivity and biology. Assumed you have the equipment to withstand the harsh conditions. Norwegian salmon production has been designated as one of the industries Norway must rely on when the oil production ends. With increasing competition for land and water resources and growing demand for fish and seafood products on the market, the fish farmer expands to more exposed areas where the pens are subjected to stricter forces.

That said, an exposed location often has better hydrodynamics (water flow). In all likelihood, this will result in lower environmental impact and better fish welfare, which in turn yields better productivity and biology.

In recent decades several technologies and products designed for harsher conditions have been developed and tested.

Polarcirkel 500R is one of our sturdiest pen models that is developed to withstand extreme weather conditions, so the operations manager to may sleep well regardless of the weather. The model is a part of AKVA group's overall concept for exposed locations, AKVA Redline Exposed.

With emphasis on increased strength, the pen is both stronger, stiffer and lacks sharp edges that can damage the net — designed to keep you confident that the fish are safe.

In the aquaculture industry, like all other industries, requirements are that workplaces and equipment don't risk to harm the life and health of employees or others. This is particularly important at sites with tough conditions. When wawes reach10 meters, the pen moves continuously. However, it must be safe for technicians and operators to work at the edge of the pen

Polarcirkel 500R has a number of new features that contribute to a safer and more effective workday for those working at the cage. Among other things, a submersed box/well to hide the shackles for the sinker tube suspension. It reduces the risk of tripping on objects such as shackles and chains.

We have also increased the diameter of the railing posts to 180 mm, and the handrails to 160 mm, on Polarcirkel 500R, thus making the entire cage structure stiffer and more robust.

A new integrated solution for both attaching the net and the assembly of the bird net pole make these operations easier and safer to carry out.

Previous analyses have pointed to feed production and the transport of salmon as decisive factors to climate footprint. When production multiplies due to increased demand, these factors may have an even bigger impact.