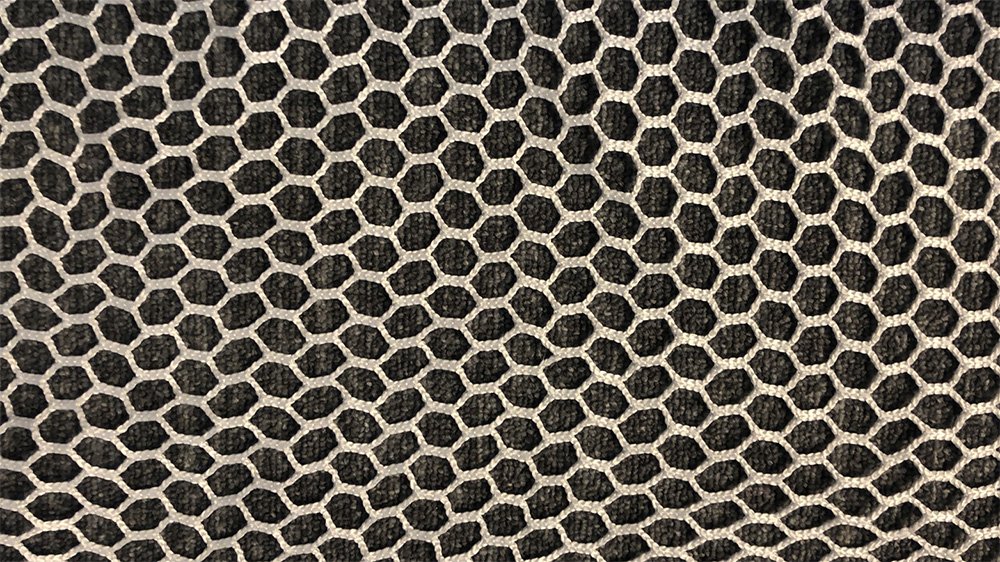 Is it possible to improve netting properties by changing mesh geometry? After much detailed work on the re-launch of a hexagonal mesh netting system, our answer is a definitive Yes! I want to share the results we have achieved at Egersund Net during product development and testing of the new netting design. The first four cages fitted with hexagonal mesh netting have been in operation at a facility in northern Norway since November 2019. The feedback has been excellent so far. We are now manufacturing this type of netting in various sizes working towards marketing a complete product range.

A cage net will shrink during its lifetime – with some severe consequences. The most obvious is that it becomes difficult to reattach the net to its float collar after servicing.

Netting will shrink regardless of whether the mesh is square or hexagonal. What distinguishes the two mesh types is that the hexagonal design is less prone to shrinkage. In other words, you will have far fewer problems attaching a hexagonal mesh net to its float collar. This is because the horizontal and vertical mesh-side lengths are mutually dependent, making it possible to manipulate the net’s dimensions in the horizontal direction at the expense of the vertical, and vice versa.

Issues linked to uneven load distribution lead to many problems in cage nets. In a typical load situation, between one and five side ropes bear the majority of the load, often as much as four tons of peak load on each. The remaining 55 ropes handle loads of only a few hundred kilos. 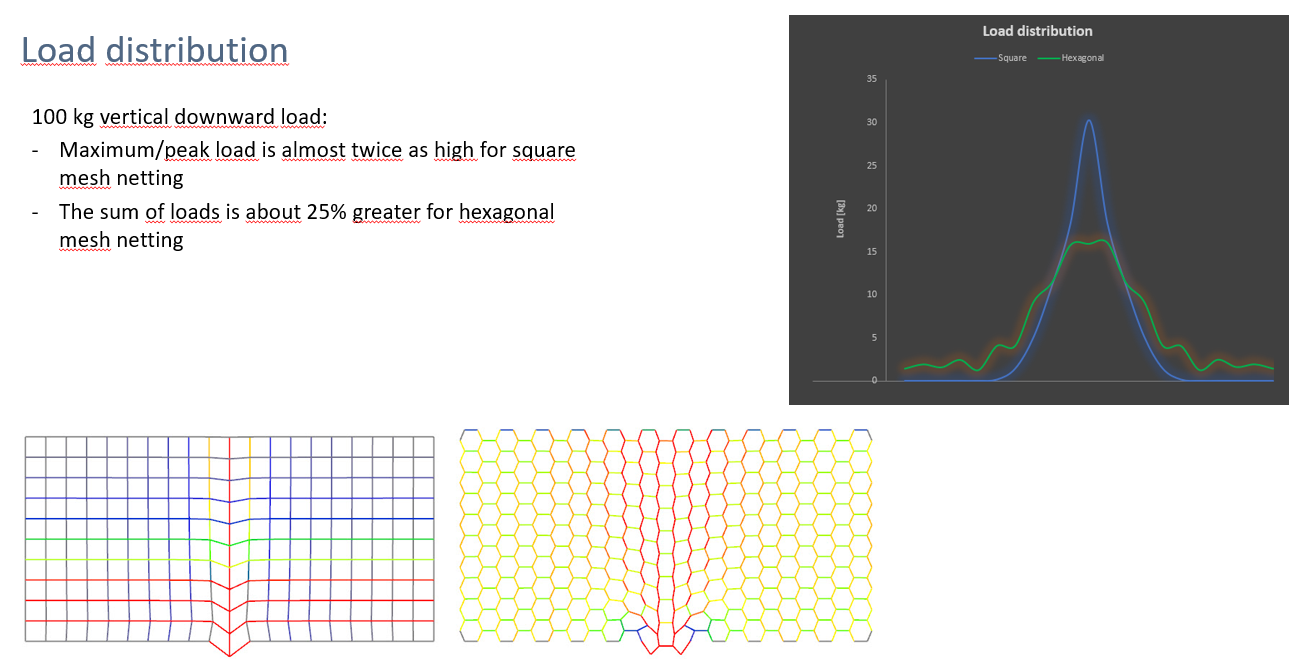 A positive side-effect of the hexagonal mesh design is a net with fewer seams. We all know that seams are especially prone to biofouling and that some fish, especially cod, graze on the fouling organisms. Damage resulting from this grazing activity can be a significant cause of net breakage and escapes. The hexagonal mesh design has fewer seams, resulting in less marine biofouling and, in turn, less damage.

A leader in hexagonal mesh netting

We have collaborated with Trondheim-based company Aquastructures to enable their software to analyse this type of netting. The work is now completed, and the latest version of the software allows us to document the forces acting on hexagonal mesh netting designs and the resulting motion in the sea. We are thus in a position to develop the product for the Norwegian market in accordance with the provisions set out in the NS9415 standard for floating aquaculture facilities.

Primarily, we aim to produce netting with as little net thread and as much space as possible to ensure sufficient water flow and reduced forces acting on the moorings. For example, if a given square mesh cage net exhibits a solidity of 20%, an equivalent hexagonal mesh net will probably show between 22 and 23% solidity. Apparently, this will lead to greater loads, but analyses to date indicate that a more evenly distributed total load will offset this.

We have conducted simulations using the analysis tool to and will soon be carry out model experiments in tanks. We expect to confirm our preliminary conclusion, which suggests that the total load is 25 percent higher for hexagonal than for square mesh netting designs. The maximum load, however, will be twice as much for square mesh netting. This is this load that all eyelets and attachment points must tolerate.

A cage net with hexagonal mesh netting will be somewhat more expensive than an equivalent square mesh net. Still, it will be better equipped to meet some of the challenges experienced by the aquaculture companies today. In the future, higher investment costs may be offset by longer cage lifetimes and reduced operating costs. Only time will tell.

We are also planning to develop a hybrid system in which hexagonal mesh netting is integrated into the more critical parts of the cage net only. This will complete our range and enable us to offer products of this quality in a variety of price segments.