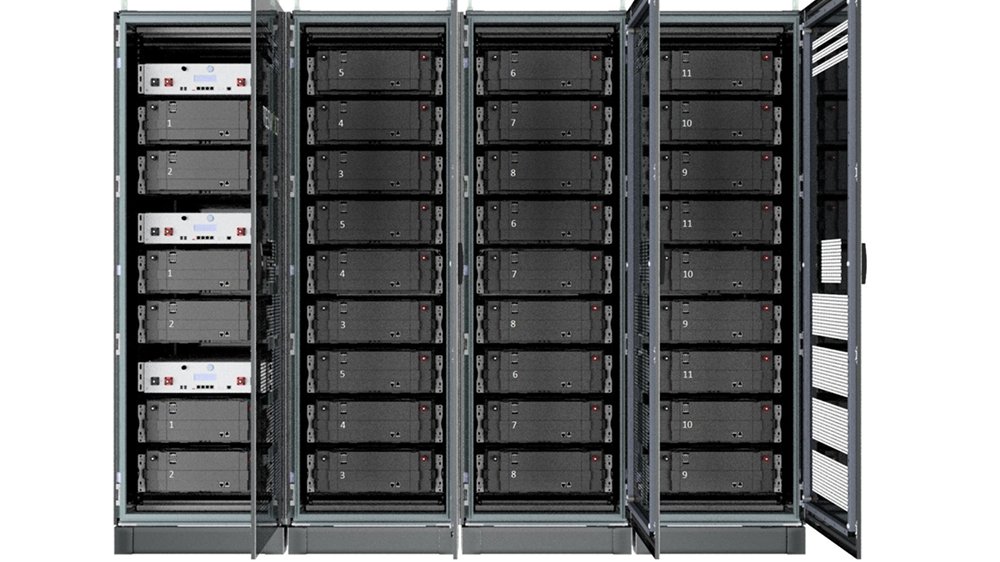 Imagine having a feed barge on which the diesel generator is used only 1–4 times a day. This is already a reality at several sites thanks to modern battery packs. Their performance is so good that the battery packs are capable of powering all functions on the barge simultaneously and only need one hour of charging until they are ready for operation again.

Diesel generators running at idle are a very inefficient way of producing electricity. Nevertheless, this is the reality on most feed barges today. Even though the power demand is low for much of the day, the main generator is running, and only a small amount of its capacity is being used. This means that most of the diesel consumption is wasted, and both the crew and the local environment are being exposed to noise and emissions that could easily have been avoided.

With our new battery packs that are capable of delivering sufficient power to fully operate a feed barge, a significant obstacle to the electrification of feed barges have been removed. There is good reason to state that barges that cannot be hooked up to onshore power should now have a battery solution.

No noise and exhaust

A hybrid energy solution on the feed barge will rely on battery power throughout most of the day, using diesel generators to recharge the batteries. For a feed barge in full operation, this means that diesel generators will be running up to four hours a day. They are automatically switched on when required and the operator can easily keep track of energy management from a tablet or smartphone.

The difference to the work environment is huge. Noise and vibrations are reduced to a minimum and respiratory distress and unpleasant odours are a thing of the past.

In addition to onshore power

Many sites have noted that the capacity of their local power grid is insufficient. Instead of paying for large network extensions, it would be more cost-efficient to install a battery pack on the barge. This way you will establish a regime in which the barge is running on batteries during the day and onshore power is used to recharge the batteries at night. Easy, energy-efficient and cost saving.

Diesel power is quite costly. Currently, you pay around 0.5 USD per kWh (example from Norway). With a hybrid solution, you will reduce diesel consumption by 70–80%. In the bigger picture, we must also calculate savings on maintenance, transportation and logistics.

An approximate calculation states that you will recover the investment in a battery pack in 2–3 years, depending on your usage pattern. With an operational life of 20 years, the return will be significant. On feed barges that can accommodate solar panels, the potential gain is even bigger, both financially and environmentally. The battery packs will be charged from solar cells when the weather permits, and from generators or via onshore power when necessary. This will all take place seamlessly without any interference from the operator.

Feed barges with hybrid solutions are now in use along the entire Norwegian coast and both fish farmers and their crew have noted that the battery packs provide safe and efficient operation under all conditions.

The AKVA group’s battery system, AKVA Hybrid, is a module-based system that can deliver up to 145 kW. The entire operation, including feeding, can run on batteries, permitting optimal utilization of even large generators.