Back to waterborne feeding 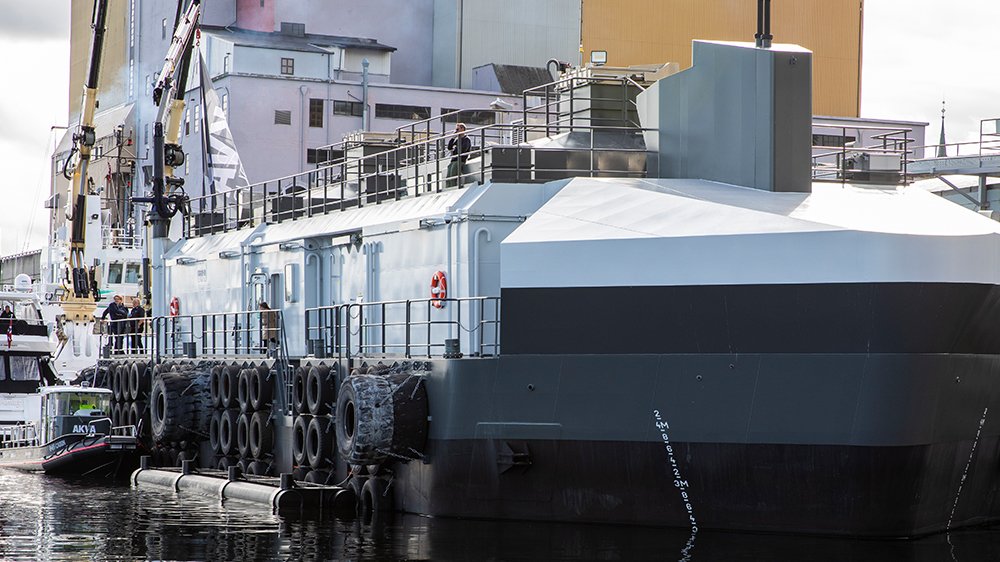 Increased feeding capacity, a significant cut in energy consumption and minimal wear of feed pipes. These are just some of the reasons why AKVA group is now reintroducing waterborne feeding. At this year’s Aqua Nor, AKVA group demonstrated an AC 600 VR barge with Waterborne and Flexible Feeding.

The waterborne feeding system in the exhibition barge has two water inlets at the bottom of the barge. From there, the water passes through a filter before it is distributed to the 10 feed lines. A pump has been installed at each feed line, sending the water through the gate valve where it picks up feed before continuing to the pen.

The Flexible Feeding concept ensures optimal operations and efficient feed logistics. It comprises one buffer tank for each feed line. The tanks are filled with the use of a conveyor system that transports feed between the various silos. With just a few keystrokes, you may then combine various feed types, pellet sizes, and similar.

The waterborne feeding system is combined with Flexible Feeding to ensure optimal operations and efficiency. One buffer tank is installed for each feed lines, collecting feed from all silos onboard. Load cells provide control of the amount and rate of the feed.

For one, water transportation does not impose the same requirements for antistatic feed pipes, meaning you can switch to more affordable standard pipes.

Waterborne feeding is also much gentler on both the feed and the feed pipe, making sure that feed breakage, noise, and micro-plastic discharge are reduced to an absolute minimum.

With ordinary air transport, the counterpressure in the feed pipes will increase in correlation with the pellet density. By replacing air with water, the pellet density will no longer be an issue, and the capacity more than doubles.

The system that was displayed during Aqua Nor has a capacity of 1.6 kilo feed per second over a distance of 600 meters.

The fact that waterborne feeding will almost eliminate micro-plastic discharge, is a significant environmental benefit. At the same time, you will also experience a considerable drop in energy consumption by replacing air with water – which is a big win both for your wallet and the environment: 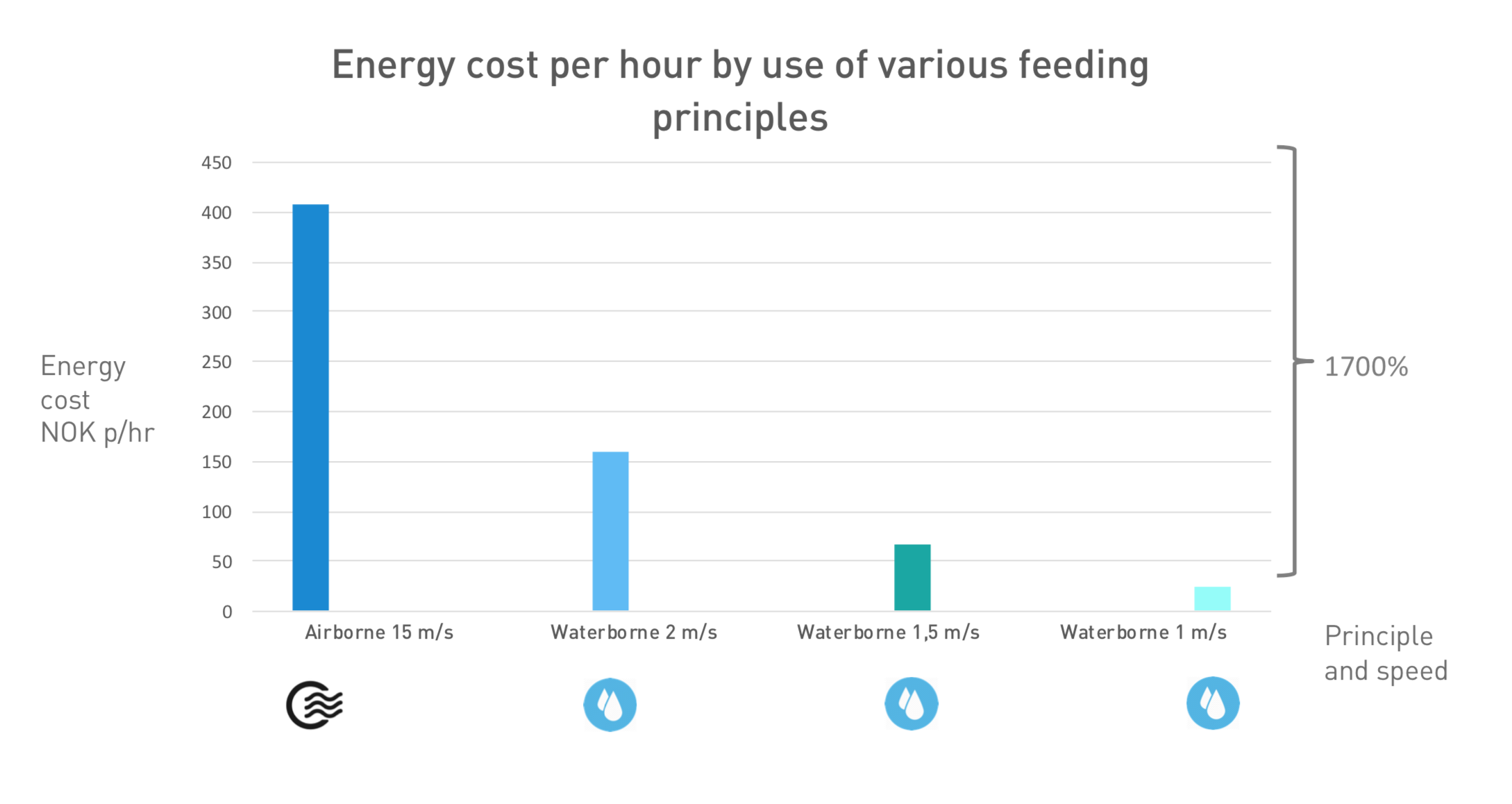 Waterborne Feeding will earn you significant savings when it comes to power costs.

What about feed quality?

Preliminary tests show that waterborne feeding has no significant impact on feed quality. More thorough tests that also look into the digestibility of the feed will be carried out and published in the time to come.

To eliminate the influence of wind and surface currents, ensure good growth, and keep the fish below the lice belt, more and more farmers are now looking into subsea feeding. The demand for submersible pens is also increasing, and through the Atlantis Subsea Farming project, AKVA group is taking part in the development of a concept for deep operations.

Waterborne feeding is an important success criterion and has successfully run at the Atlantis project’s test pen for several months. The next system for commercial use will be delivered next spring when Arctic Offshore Farming receives its new AC 800 PVDB feed barge with waterborne feeding from AKVA group. 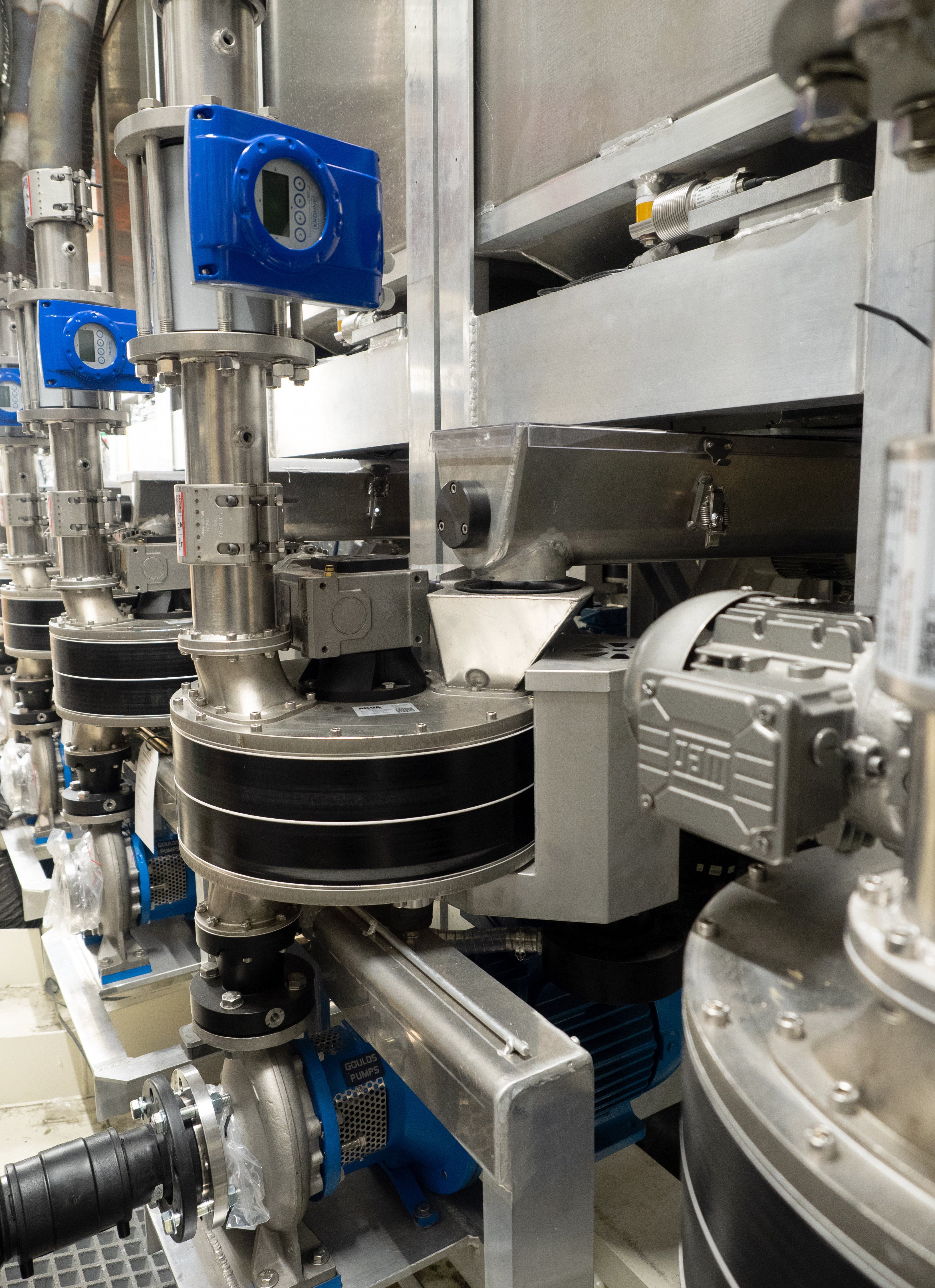 Waterborne Feeding has more than twice the capacity of a conventional feeding system with air transport.